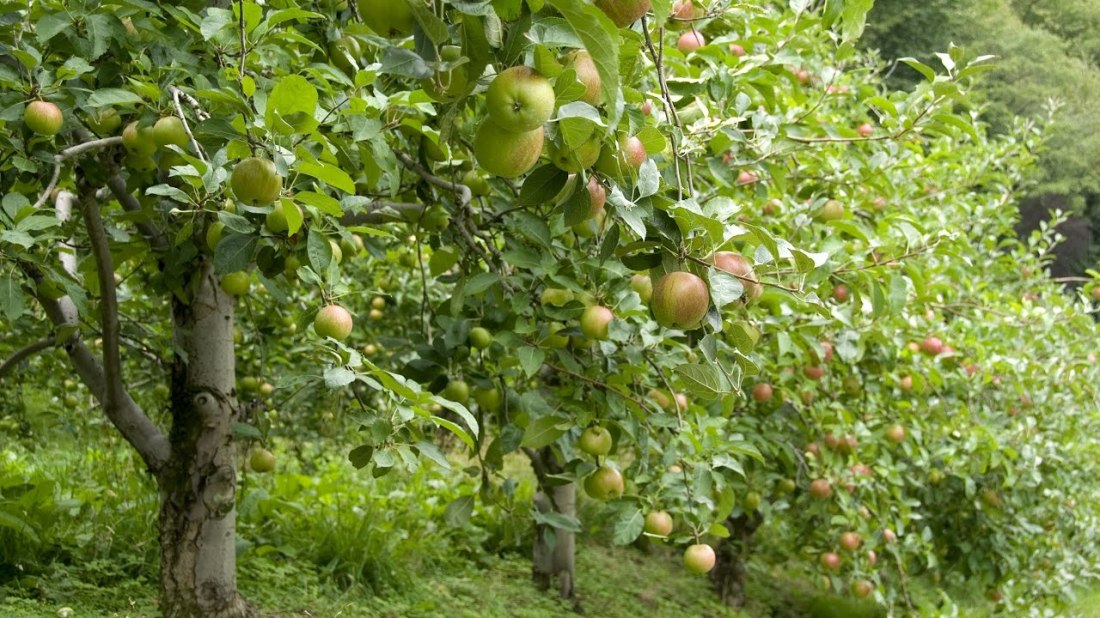 Early in the morning
When the mist comes rolling in from the fields,
And the queer little ghosties
Come riding and writhing within it,
Sometimes leaping the battered old fence,
Other times sneaking through the holes

In the lacy broken wood,
Crossing the garden like smoke,
Coming to rest under the apple tree,
It is then I see their long grey fingers
Reaching through the leaves,
Winding around the shining apples
As if to pluck them from the branch and eat them,
And by eating them, gain life.

But then the Autumn sun slides
Into the garden behind them,
Patting the twinkling shadows
Into tiny shapes of apple and leaf,
Weaving the winking apples into its sunny fingers,
Swallowing the mist and the little creeping ghosties,
Dusting those green, green apples with a flush of rosiness.

Neither pen, nor film, nor brush, nor quill
Can catch their utter loveliness.
No, all that can be done
Is to pick and hold and taste their glory,
Whilst the birds, the goats,
And the horse in the paddock
Who leans its head over the dead Philadelphus,
Over the tiny ghosties hiding in the dying flowers,
All hold back to await another apple morning.

Growing older and having survived cancer at 40, a long time ago, certainly focuses the mind on the future and I was very aware of this when I wrote the poem FUTURE TENSE. I've always loved writing and still remember the excitement of the first longer piece of work I did. It was very experimental and I was certain it wouldn't get published. It probably wouldn't have but one of the small magazines, who did such great work for new writers, took that piece and many others. But that wasn't all they did. With infinite kindness, they often pointed out where I could improve my writing. My first book was a picture book, MATTHEW AND HIS MAGIC KITE, but after that, I started wanting to capture the humour and interest of where I lived, so PRIVATE-KEEP OUT came next followed by KNOCK AND WAIT and ONE WAY ONLY. They're not biographies because all I wanted to do was to catch the spirit of those times. It would be good if everyone wrote an account of their lives so their times are not lost. So many valuable histories unwritten and unread. When I was a girl, I loved the American writer, BETTY MACDONALD, with her very funny accounts of her family and her life in the 1940's. But NORMAN MAILER's, 'THE NAKED AND THE DEAD' spun me up to the stars when I stumbled across it in the subscription library I belonged to at fifteen. ERNEST HEMINGWAY's 'CHRISTMAS IN PARIS 1923', was so sublime and beautiful it was like a torch for writers and the Toronto Star Weekly must have published it with joy in their hearts. I wonder if there still is a Toronto Star Weekly? View all posts by gwengrant