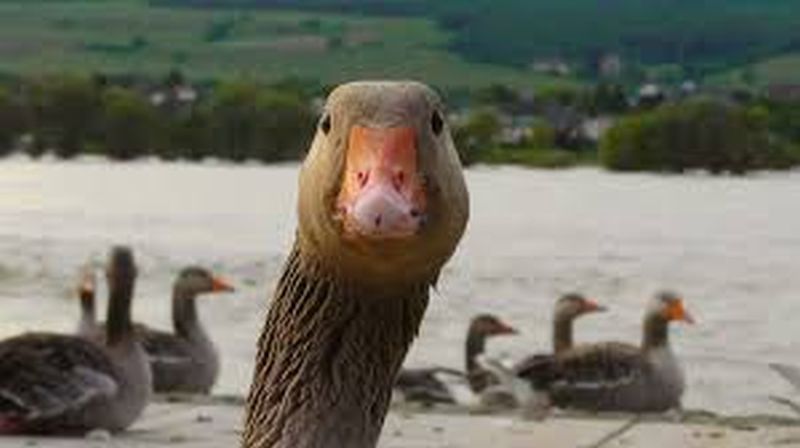 We have a national park close to us which is a thing of beauty and which contains such loveliness, you have to make yourself go home.  The park is on old ground and standing on it, there is that eternal feeling of all that has gone before and all that will come in the future.  This park seems to include the sky as part of its sheer loveliness.

THE PROPHET AT MY ELBOW

Early Winter, and the geese are sailing
In a long straight line down the river,
Not knowing where they are going
But going, anyway,
Turning at the curve then coming back.
By their side, the wind is puffing up
Little drops of sunny water.

And as if the prophet was standing by me,
I became aware of the immense blue vault of the heavens.
Through the light of day, saw the hidden night,
With one star blazing brighter than all the others.

My feet were firm on solid ground,
Yet beneath them, I saw mountains biding their time,
Deserts flowering, and lights of cities not yet built all shining,
And the prophet, standing at my elbow, whispered,
‘Here is loveliness beyond all telling.’

Mid-winter, and the geese are sailing
In a long straight line down the river.
Their angry little eyes a snapping song of reluctant praise
To the love that made them.
And the prophet, standing at my elbow, whispered
Of the steadfast love and hope that lives in all creation.